Below you will find a list of all of our executive and non-executive board members. 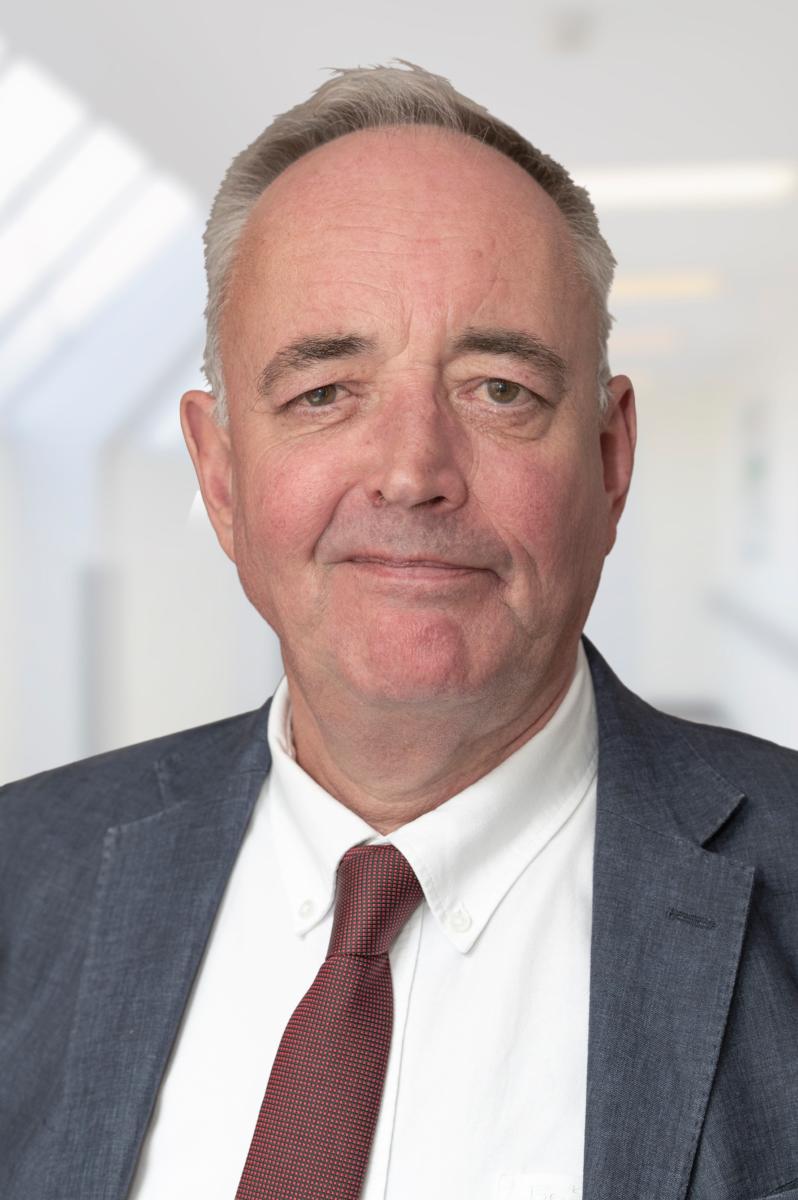 has more than 25 years of experience in the NHS, including the role of Chair at Croydon Health Services NHS Trust, which he will continue in as a dual role.

His previous roles include 11 years at Strategic Health Authorities where he was Vice Chair of NHS London. He also recently served for a year as Interim Chair of Barking, Havering and Redbridge University Hospitals NHS Trust to support the Trust to develop a new strategic direction and leadership model.

Over the past nine years since joining Croydon Health Services, Mike has helped lead them out of financial special measures and has held the Trust Board to account to deliver continued improvements in the quality and access to care in and out of hospital.

In all of these roles he has helped to shape hospital and community services to deliver higher quality care and helped lead reforms to look after the health and care of local communities through the development of active partnerships between Trusts, with local authorities, primary care and community organisations. He brings an unerring commitment to tackling health inequalities in all his work.

Outside of his work directly with trusts, Mike is also the director of a research and consultancy company, MBARC Ltd, which works with central and local government and the NHS on issues relating to social exclusion, specialising in working with marginalised communities. 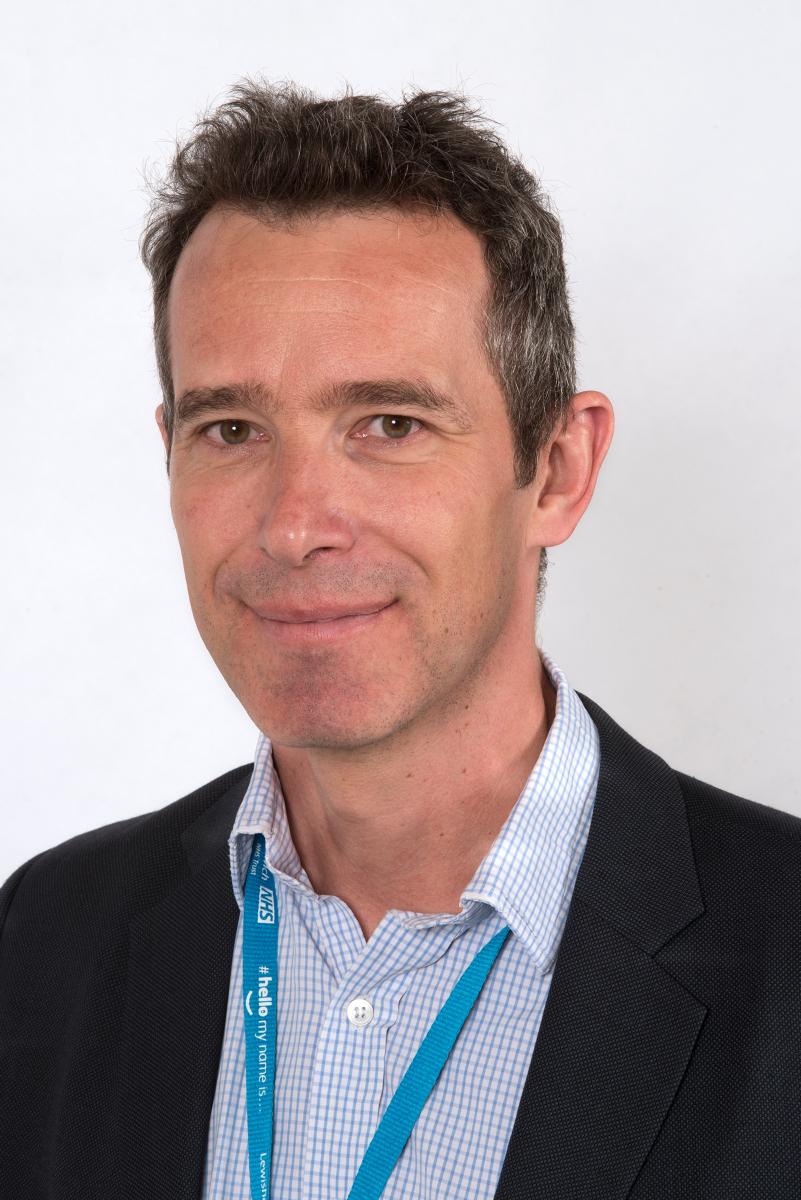 Ben Travis was appointed chief executive with effect from April 2018. He was formerly chief executive of Oxleas NHS Foundation Trust. Under his leadership, Oxleas achieved an impressive CQC rating of good or outstanding across every single service domain while remaining in financial balance.

Prior to his role as chief executive, he was acting chief executive officer at Oxleas and before that he was director of finance for four years. he has held previous senior positions within both the NHS and the business services sector. 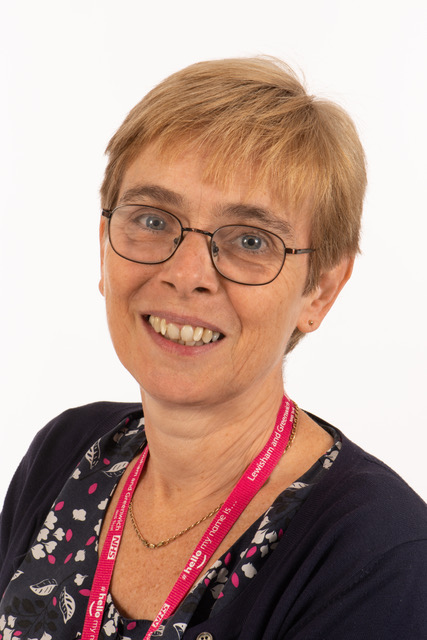 Dr Elizabeth Aitken trained at King’s College Hospital University of London and in 1997 was appointed to the post of Consultant Physician in General and Elderly Medicine at University Hospital Lewisham. Her clinical interests include orthogeriatrics, falls, and intermediate care including ensuring that older patients have the best care in the right setting.

She has previously held various posts within the Trust, including Clinical Director for Older People, and Director of Service for Acute and Elderly Medicine, and most recently Deputy Medical Director for Quality and Safety.

Outside the Trust, Elizabeth has worked with the National Institute for Innovation and Improvement as clinical lead on service improvement for hip fracture care. 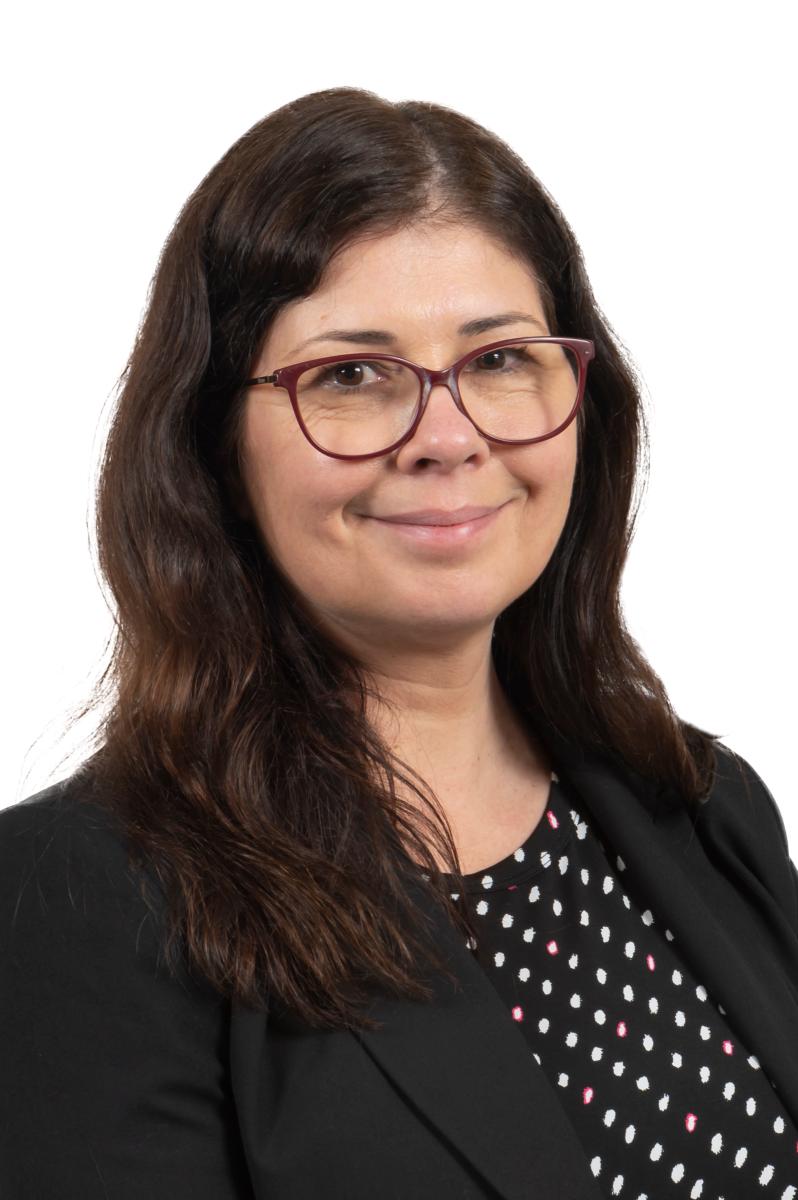 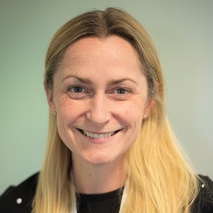 Miranda Jenkins was appointed Chief Operating Officer in June 2022, following a year on secondment as Executive Director of Performance and Elective Care. Miranda has 20 years’ experience in operationss, service improvement and strategy, spanning hospital and community services, clinical networks and the voluntary sector. Before joining the Trust, Miranda was Deputy Director of the Evelina London Clinical Group at Guy’s and St Thomas’ NHS Foundation Trust (GSTT). Miranda joined the NHS as a graduate trainee and has always worked in south east London, including 12 years at GSTT and six years at King’s College Hospital NHS Foundation Trust. 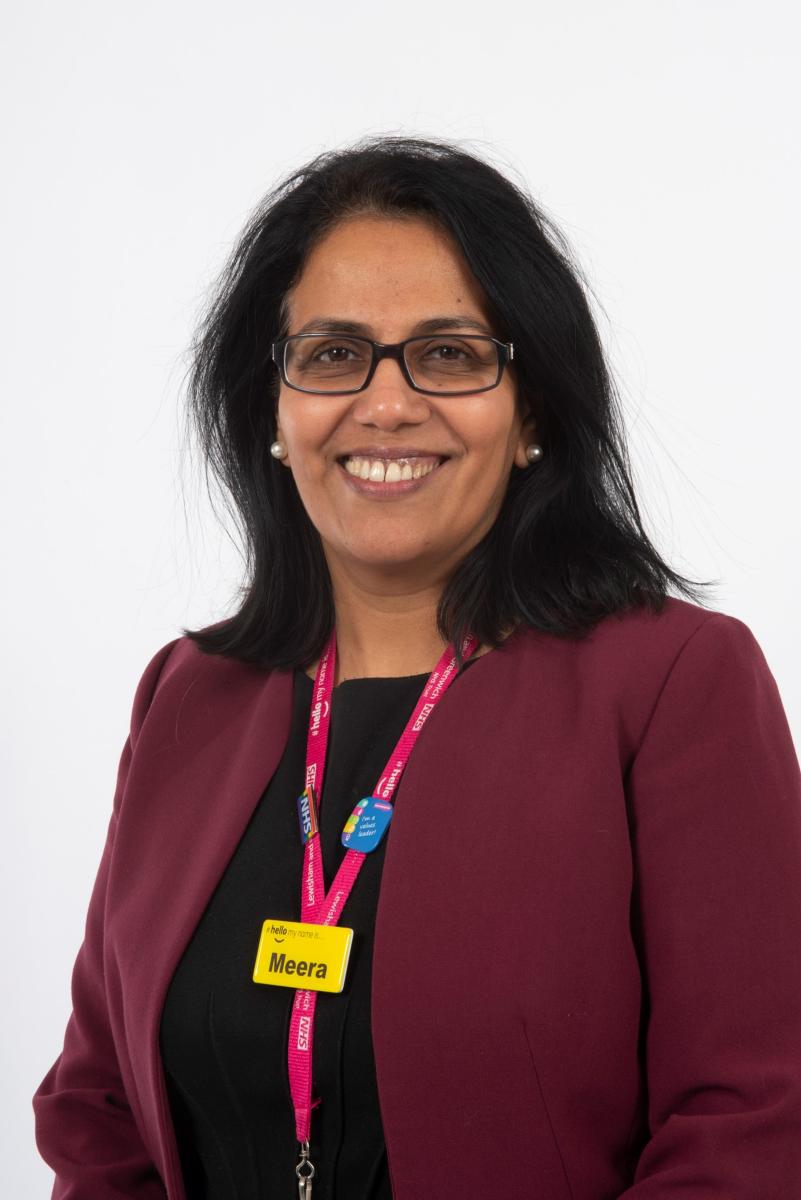 Meera Nair is Lewisham and Greenwich NHS Trust's Chief People Officer. She came to us from Oxleas NHS Foundation Trust, where she was Director of Workforce and Quality Improvement. Before this, she held senior roles at Barnet Enfield and Haringey Mental Health Trust, University College London NHS Foundation Trust and Basildon and Thurrock NHS Foundation Trust. Meera has over 15 years’ NHS experience, and previously worked in the private sector as Head of Human Resources for various organisations in India and the US. 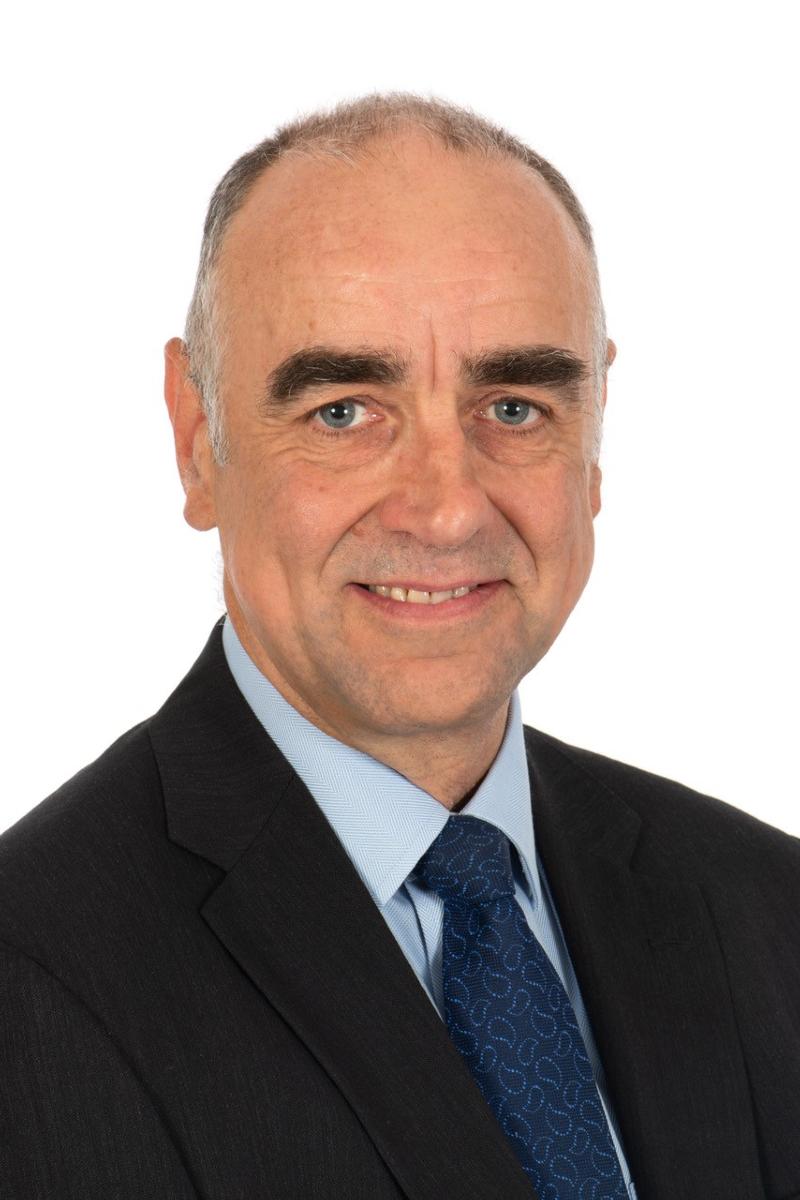 Spencer Prosser joins the Trust in August 2019 as an experienced Chief Finance Officer who has operated at Board level for 17 years with extensive understanding of governance and legal compliance.   Spencer has previously acted as the finance lead for large STP, and is comfortable with system working and balance between pursuing organisational and system goals.

Spencer brings a wealth of experience to the role having been a CFO at a number of high profile providers (including Brighton & Sussex University Hospitals NHS Trust), and has most recently worked as the Regional Finance Director at NHSI for the South region. 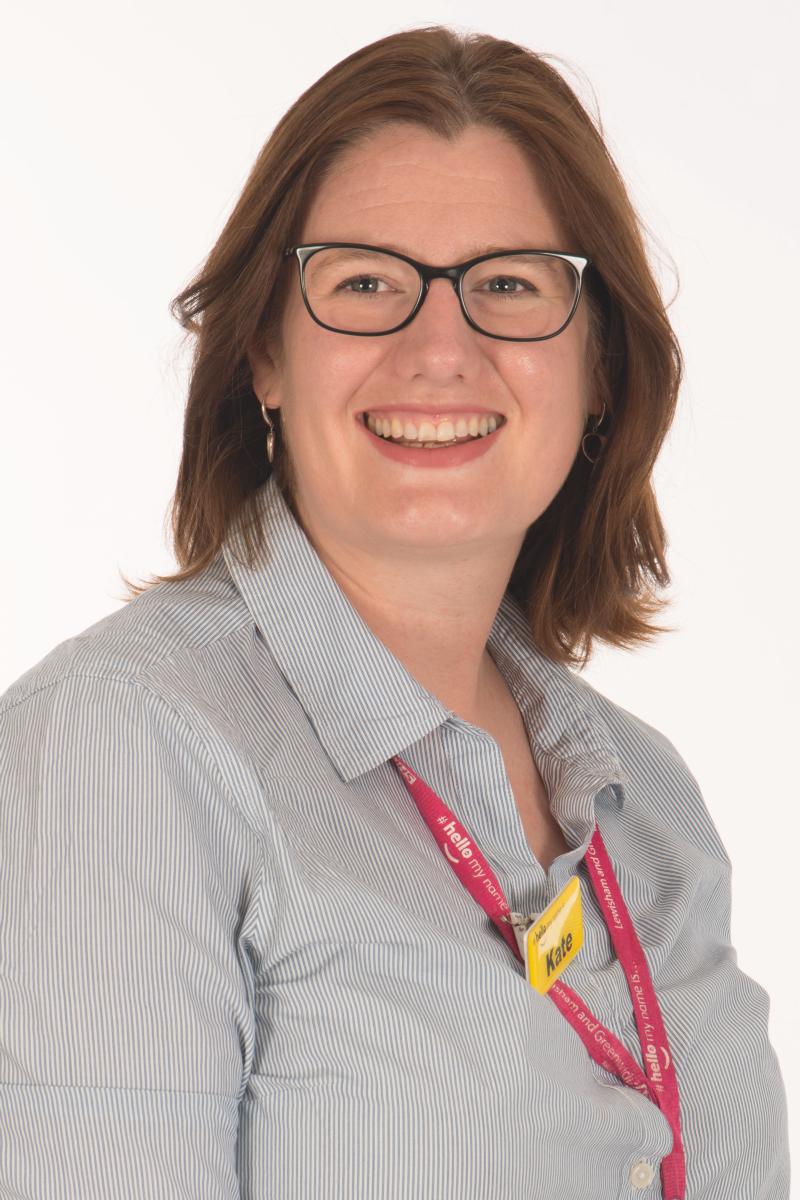 Kate Anderson joined the Trust’s finance team in June 2015, Kate spent 14 years working as a qualified accountant in KPMG’s Public Sector Audit team working with NHS organisations in both audit and advisory capacity.  Kate is skilled in financial and governance matters and is pleased to bringing this expertise to the Trust as its Director of Corporate Affairs.

In her current role Kate will drive forward the Trust’s arrangements for ensuring effective corporate governance, and will also take on responsibility for the Trust’s communication and emergency planning teams. 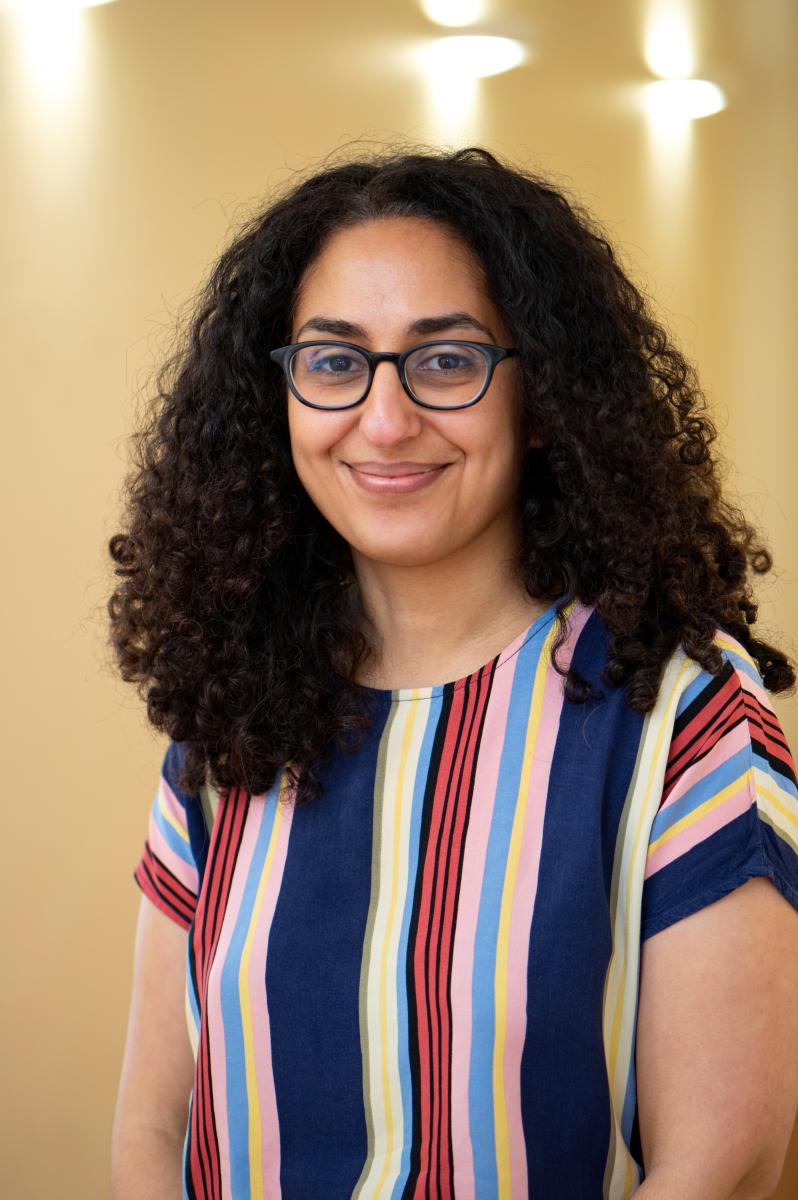 Sandra Iskander  joined the Trust in 2019. She has 20 years of management experience in the NHS and before joining the Trust was Chief of Staff in the NHS England Directorate of Strategy and Innovation where she supported a number of national policy programmes. Previous roles span operational management in acute services, commissioning and health services research. She joined the NHS in 2002 as a general graduate management trainee. 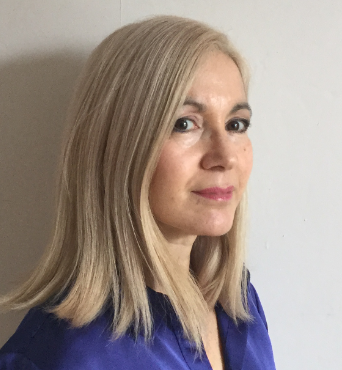 Julia was appointed as a non-executive director in June 2016 and as SID in 2019. She leads the research group at the Centre for Governance, Risk & Accountability at the Business School, University of Greenwich, where her research interests include organisational efficiency and effectiveness, risk, corporate governance, and accountability. She has worked at the University since obtaining her PhD from the University of Melbourne in 2003. Prior to entering higher education, Julia worked in the financial services industry, initially as an equity analyst and then, after completing an MBA in Finance at Cass Business School, with American Express Europe Limited, where she qualified as a Company Secretary. 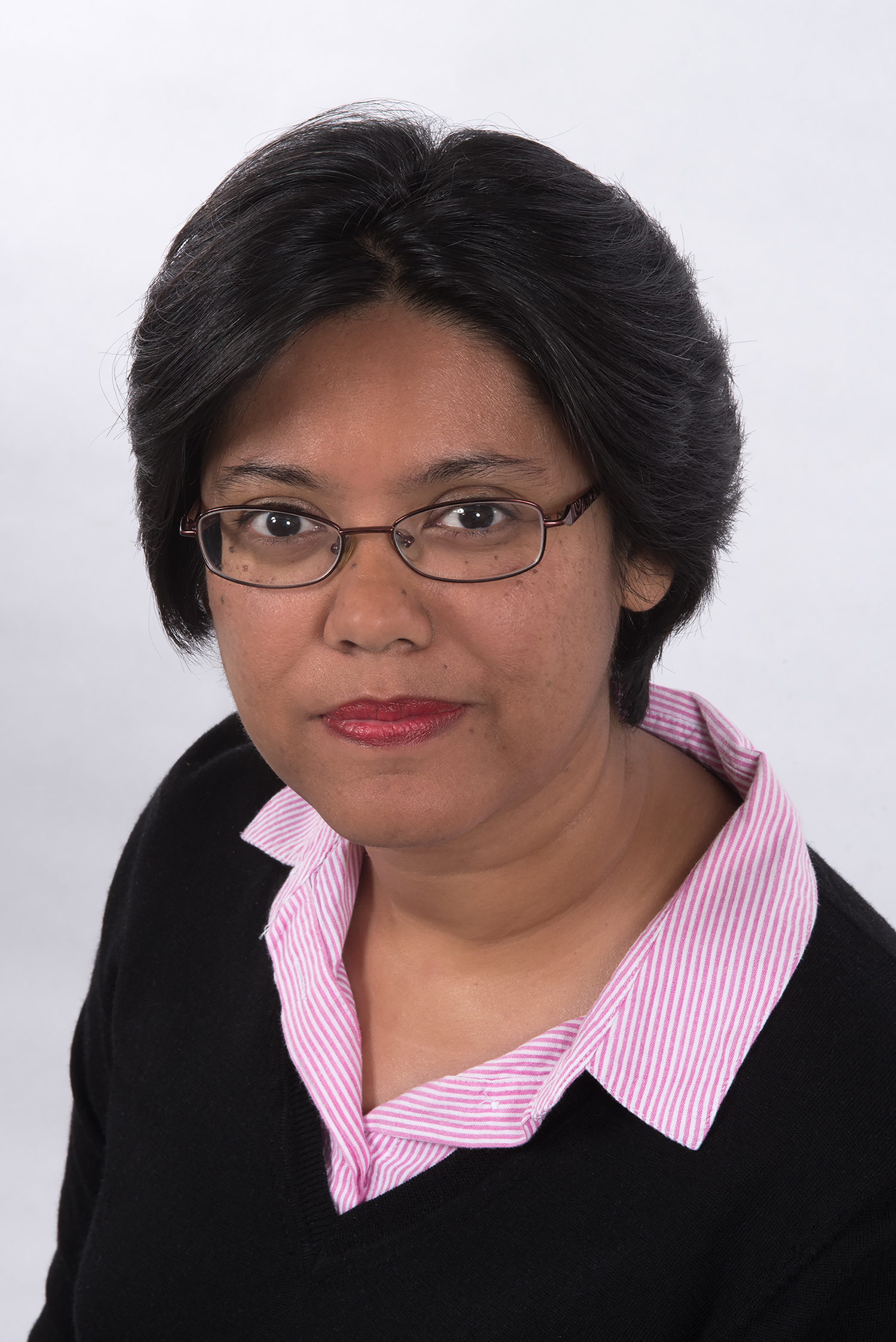 Binka Layton is a qualified accountant, having spent over 10 years in the private sector. She is skilled in financial and commercial matters and is pleased to bringing this expertise to the Trust.

Her main interests are in technical accounting and tax issues, having worked as an auditor in various roles. Binka also spent the last 8 years working as a Lay Member in the Chartered Institute of Taxation, looking at public complaints against members of the Institute. 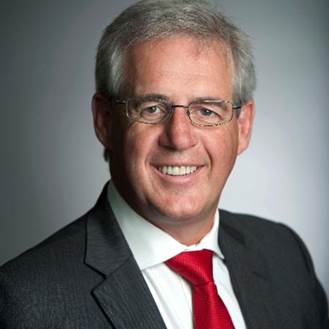 Harry Bright was appointed as a non-executive director in January 2018. He has over forty years of international banking experience, holding several senior executive positions in the UK and abroad. Harry’s most recent role was a member of the Senior Management Executive of Santander UK plc until his retirement in January 2022.

During his professional career Harry was involved in the financing of critical UK infrastructure from 1994. Harry holds a Bachelor of Arts degree in Financial Services from London Guildhall University. 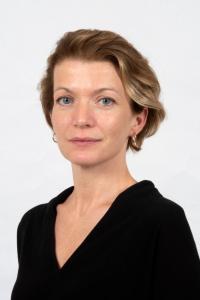 Sarah Higgins is associate non-executive director for patient experience. Sarah joined the Lewisham and Greenwich Trust board in April 2018 having served as a volunteer on the Patient Welfare Forum since 2016, a grass roots team dedicated to supporting patients and staff at Lewisham Hospital.

Outside of her work for Lewisham and Greenwich NHS Trust, Sarah runs media relations for the European exchange traded fund business of State Street Global Advisors, an international asset manager.  Prior to joining SSGA, Sarah spent twelve years at Russell Investments, where she held a variety of roles spanning public relations, marketing and communications. Sarah has an MA in modern European languages (French and German) from the University of Cambridge. 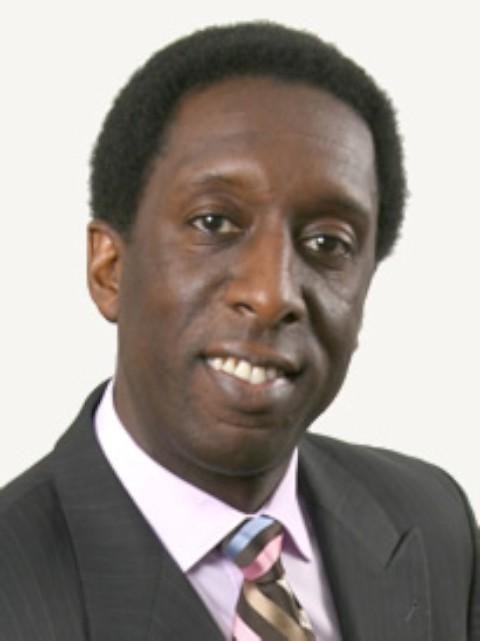 Godfrey Allen  joined us having recently completed his term as a Non-Executive Director at Croydon Health Services, having previously been a NED at Wandsworth PCT and chair of NHS SW London Support Services Partnership Board.

As the former (founding) Chair of South Thames Colleges Group, Godfrey remains a NED at two international non-governmental organisations, including the International Association of Youth & Family Judges & Magistrates. Godfrey has held CEO and MD roles in the public, private and charitable sectors. He holds a MSc in Public Service Management and is a Fellow of the Institute of Directors, Chartered Institute of Management. 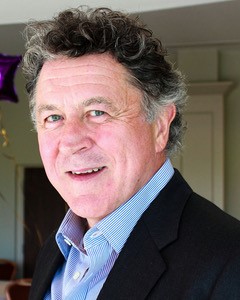 Steve James was appointed as a NED in June 2020. A qualified social worker, he worked for Lewisham and Southwark local authorities before becoming Chief Executive of the Avenues Group, a leading provider of social care from which he has recently retired.

Steve is currently a NED at Oxleas NHS Foundation Trust. His particular interest is encouraging improved joint working between the Health and Social Care systems. 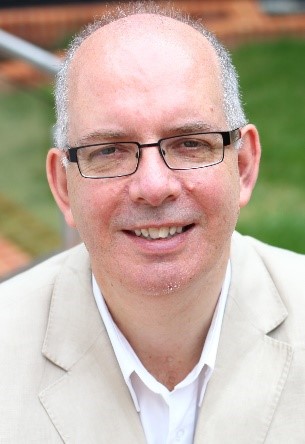 Professor Allan Young MB, ChB, MPhil, PhD, FRCP (Edin), FRCPC joined the Trust Board as a non-executive director in March 2021. He is Chair of Mood Disorders and Director of the Centre for Affective Disorders in the Department of Psychological Medicine in the Institute of Psychiatry, Psychology and Neuroscience at King’s College London, where he is also Head of School and Vice-Dean for Academic Psychiatry.

Professor Young is the National Institute for Health Research (NIHR) Mental Health Biomedical Research Centre (BRC) Cluster and Theme Lead in the Translational Therapeutics Cluster. He is the clinical academic lead in the Psychological Medicine and Integrated Care Clinical Academic Group in the South London and Maudsley NHS Trust, where he is also Consultant Psychiatrist and Head of the Affective Disorders Service.

Professor Young’s research interests focus on the cause and treatments for severe psychiatric illnesses, particularly mood disorders. He has received research grants from several funding agencies and has over 500 peer-reviewed publications, including several books about psychopharmacology and affective disorders.