The Voice Disorders Unit at University Hospital Lewisham is one of the largest in the country.

It is a specialised multidisciplinary clinic that deals with all types of voice disorders and their associated symptoms.

The Voice Clinic treats patients from across South East London, including people from Lewisham, Greenwich, Bexley and Bromley.

The specialist clinic also receives referrals from throughout the UK, and occasionally from abroad.

Where is the Voice Clinic located?

The Voice Clinic is located in the ENT Department, on the 1st floor of the Pink Zone at University Hospital Lewisham.

When does the clinic take place?

Clinics run on alternate Mondays, every Wednesday and every Friday. There is a Speech Therapy led clinic on Wednesday mornings.

Who is the Voice Clinic for?

How can you get an appointment?

The majority of the patients seen in the Lewisham Voice clinic are tertiary referrals although it also takes referrals directly from GPs.

Who are the key staff?

The voice clinic is a multidisciplinary clinic is staffed by two ENT consultants, a Speech and Language Therapist and an osteopath psychotherapist specialising In voice disorders and a voice coach/singing teacher.

This setup is unique in the country and provides comprehensive treatment to patients with voice disorders. The clinic is run by the ENT Department in conjunction with the Speech and language Therapy Department. The key staff in the clinic are: 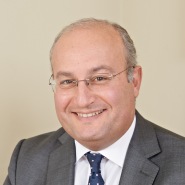 Mr Aymat was appointed Consultant Ear, Nose and Throat Surgeon at University Hospital Lewisham in 2009. He graduated from the University of Barcelona in 1990 and did his specialist training in the South West and London.

Mr Aymat is the Lead Clinician of the Voice Disorders Unit and deals with all types of voice disorders in professional and non-professional voice users. He also has a special interest in ear and hearing problems in adults and children, especially chronic ear disease and revision surgery. He is involved in under and post graduate medical training as well as teaching of nurses and paramedical groups. 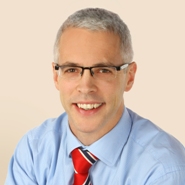 Nick Gibbins is a Consultant ENT Surgeon at University Hospital Lewisham, a Head and Neck, Paediatric and Voice surgeon as part of the Lewisham Voice Disorders Unit with Mr Tony Aymat. He specialises in salivary gland and thyroid disease, and head and neck cancers. In addition, he deals with all types of paediatric ENT conditions and has a specialist interest in the area of voice disorders (laryngology) and surgery.

He lectures at and runs numerous courses and is a member of many professional societies. He is a strong proponent of teaching and is the national e-learning lead for laryngology. He has also published extensively including medical journal articles, invited articles and text book chapters. He has performed original research and was awarded the Gold Medal at the ENT Masterclass for best research presentation in 2011.

Outside of medicine his interests include endurance events including marathons, ultramarathons and multi-discipline races. 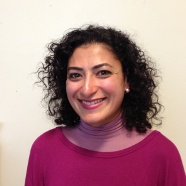 She has 12 years experience working with all types of voice disorders and has a strong academic focus, having been Assistant Lecturer and Lecturer in Phoniatrics at Cairo University. She is an active member of the Royal College of Speech and Language Therapists (SLTs), the British Voice Association and both London and Trent Voice SIGs. She has a strong interest in research and training junior SLTs and welcomes applications to observe and learn from the Lewisham Voice Disorders Unit. 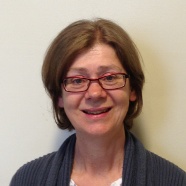 Sara Harris is a Specialist Speech and Language Therapist (Voice) in Independent Practice. She officially retired from the National Health Service in 2010 but continues to carry out a weekly session for Lewisham Voice Clinic Services with Consultant ENT surgeon, Nick Gibbins. Prior to retirement, she worked in the Sidcup Voice Clinic with Tom Harris, (Laryngologist) Dinah Harris,(Singing Coach ) and Jacob Lieberman, (Voice Specialist Osteopath and Psychotherapist) between1986-2010.

Sara started working in voice in 1978 at the Radcliffe Infirmary, Oxford, where, together with Tom Harris she set up the Oxford Voice Clinic. Over the last few years she has been responsible for running the follow up voice clinic and an SLT led nasendoscopy treatment clinic.

Sara was one of the co-founders of the Voice Research Society (now the British Voice Association) in 1985 and a joint editor of The Voice Clinic Handbook in 1998. She has contributed a number of book chapters and research articles to various text books and Journals in voice.

In 2007 she was made a Fellow of the Royal College of Speech and Language Therapists.

Sara is a past President of the British Voice Association and currently Chair of their Education Working Party.

Registered Osteopath & Psychotherapist, Specialist in the Management of Vocal Crisis.

Jacob is an internationally acclaimed expert on physical and psychological management of voice disorders. He has co-authored articles on the clinical relevance of posture and voice dysfunction and developed protocols for the examination and treatment of dysfunction of the larynx and associated symptoms. He has contributed to a number of text books including: The Voice Clinic Handbook, Diagnosis and Treatment of Voice Disorders, and Treatment of Voice Disorders.

His interest in the underlying emotional issues in many voice disorders resulted in him developing some of the first clinical tools to identify such issues. At the outset, he was one of the only laryngeal osteopaths in the country. However laryngeal physical therapy is becoming more commonplace, in no small part due to him and the Lewisham Voice Disorders Unit is fortunate to have his wealth of experience.

Jacob’s training in Osteopathy and Psychotherapy enables a comprehensive approach that proves to be an efficient and fast clinical tool in the diagnosis and treatment of acute and chronic voice problems. Having Jacob’s skill set as part of the multi-disciplinary team here at Lewisham allows an all-encompassing assessment of the voice and all its different aspects.

What else do you need to know?

We also have a once weekly voice clinic led by the Speech Therapist and supervised by the ENT Consultant (Mr Aymat). The principles are the same as the main Voice Clinic, using the same equipment.

The patient’s voices are recorded and are reviewed by the ENT Consultant, the diagnosis confirmed and a plan of action is agreed.

Patients seen in this clinic are a mixture of new, follow up, following Speech Therapy and post-operative follow up.

Further information about the Voice Clinic

Once the need for Speech Therapy has been identified the patient will be referred back to their local Speech and Language Therapy Department for treatment and their progress will be followed up in the voice clinic at regular intervals. If the patient requires surgery the post-operative Speech Therapy is currently provided by University Hospital Lewisham, irrespective of where the patients come from.