Let’s get the NHS to number one this Christmas!

Five years after their epic battle for the 2015 Christmas number one spot ended in triumph, the Lewisham and Greenwich NHS Trust Choir have reunited with their friend Justin Bieber to raise money for NHS Charities Together and our own Trust Charity!

Check out a video clip and the Choir's announcement on Twitter

Not content with getting the Choir’s record over the line in 2015 with his tweet of support, Justin reached out to our Choir to add their gorgeous voices to his single ‘Holy’ for a very special charity Christmas release.

All profits raised will be split evenly between NHS Charities Together and our own Trust Charity. That means that every single purchase will help fund projects and initiatives that sit outside normal NHS funding provision – including additional staff support, which is so important in the challenging current climate.

So let’s band together and support our NHS heroes this Christmas, and help our NHS Beliebers reach the top come Christmas Day!

‘Holy’ is released 18 December; available from all digital music outlets

>>>>> READ MORE: meet the Choir members and NHS heroes you can hear on ‘Holy’

The Lewisham and Greenwich NHS Choir were first seen on Gareth Malone's BBC2 show, 'Sing While You Work', where they were narrowly beaten in the final. Since then they have gone from strength-to-strength.

Riding an overwhelming wave of support from the public, along with some kind words from Mr Justin Bieber and huge media encouragement, they landed the much coveted Christmas Number 1 spot on the official UK chart in 2015 with the single; ‘A Bridge Over You’. All profits from the single went to Mind, Carers UK and smaller charities chosen by the choir. The campaign was a social media phenomenon with #NHS4Xmasno1 and #LoveYourNHS being shared around the world.

In June 2016 they recorded and released their debut album; ‘Something Inside So Strong’. As well as lending their support to community and NHS events around the country they have also performed at high profile events including: Glastonbury Festival - on the legendary Pyramid Stage, The FA Cup Final at Wembley Stadium, Carfest, Christmas with the Stars at the Royal Albert Hall, OnBlackheath (which also included an appearance with Squeeze), at Wembley Arena with Matt Goss and Stand Up To Cancer with Boy George. Continued below >

Main pic above credit Malcolm Smith, Studio under the stairs 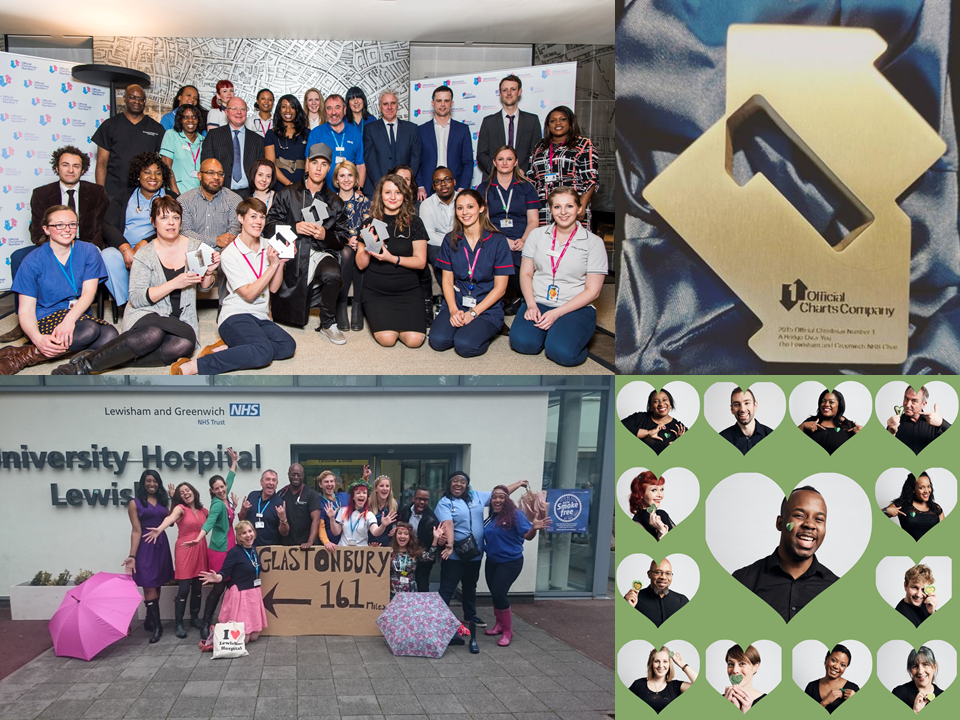 The choir performed at OnBlackheath Festival in 2016. Also on the bill were legendary, amazing, South London band Squeeze who invited the choir to back them on four classic songs during their own set. They returned to the main stage in 2017, kicking off the day and also being invited back to perform with headliners, brit poppers Travis on a beautiful version of 'Flowers in the Window'.

The choir also lent their support to the 2016 Stay Well This Winter campaign. Recording, and making a video for the iconic song 'Baby Its Cold Outside'. The video was filmed at our Simulation Centre (thank you again Brian). Video below.

'Stand Together' the album by Choirs With Purpose will be released on 15 December 2017. Ten fantastic choirs from across the UK, all with amazing stories to tell, have joined forces - each choir is performing with a special guest. Solidarity through music and a message of hope is the theme that runs throughout; the album aims to encapsulate the spirit of each choir and, of course, to make some great music to warm your hearts at Christmas.

The single, released on 24 November (video below) is a modern day re-working of Sir Paul McCartney’s classic ‘’We All Stand Together’’ which has been recorded with the full approval of the legend himself. It features all of the choirs together – an impressive 1400 voices – led by Pop Idol winner Michelle McManus.All proceeds will be divided equally between the choirs associated charities. Contunued below > 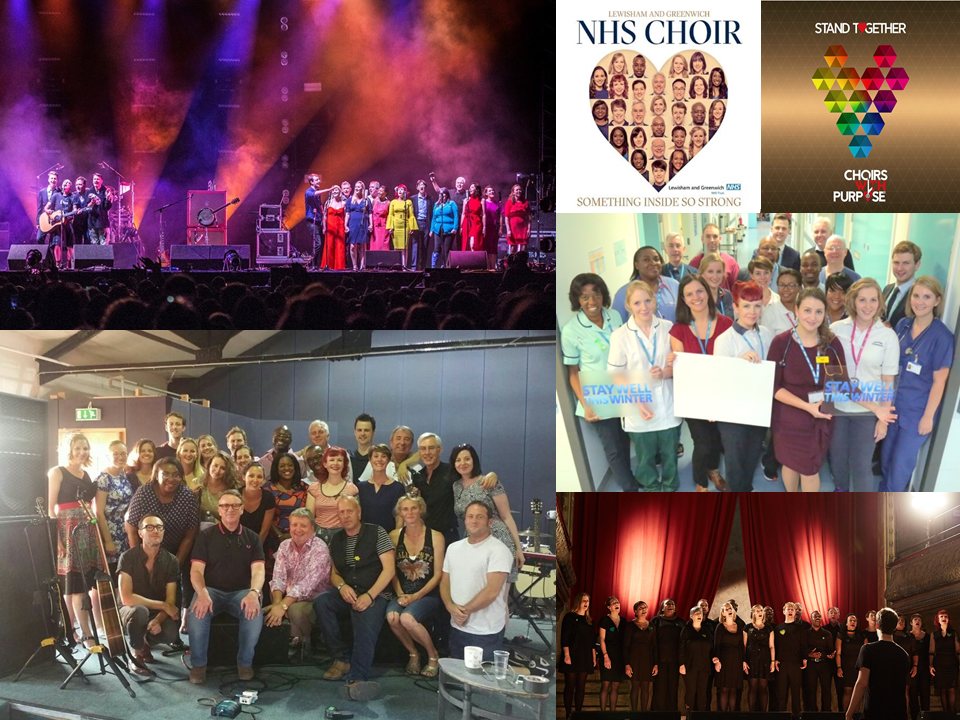 You can follow the choir through their official social media and contact them via email to find out about booking them for events:

Video for: 'We All Stand Together' by Choirs with Purpose

Album title track: 'Something Inside So Strong':

'Baby Its Cold Outside' #StayWellThisWinter