Back to the blog
Jake Elliot, six, recently marked the end of his cancer treatment with the help of his favourite Marvel superheroes. Jake was diagnosed with acute lymphoblastic leukaemia at the age of three. Since then, he’s been receiving chemotherapy treatment on Tiger ward at Queen Elizabeth Hospital (QEH). On 16 September, he finally had his chance to ring a special bell to mark the end of his treatment.
Jake arrived at Queen Elizabeth Hospital by limousine and, as a special treat organised by his parents, was met by his favourite Marvel superheroes Iron man, Captain America and Spiderman.
Jake’s mum Sarah Elliot said: “I cannot thank the doctors, nurses and all the staff on Tiger ward enough for everything they have done for us as a family and, most importantly, for saving Jake’s life. I will be forever grateful to them all. I am so happy that Jake has come to the end of his treatment and that the bell has been rung.”
The family has raised over £40,000 for children’s wards at the Trust to pay for soft play equipment, wall decoration for treatment rooms, game consoles and more.
Cat Wilde, Lead Macmillan Paediatric Oncology Clinical Nurse Specialist said:” I am so proud of Jake and his incredible family. Despite having a very sick child and a hard battle on their hands, they have given so much back to the Trust. I would like to thank them and to say well done to Jake, who is one courageous little boy.” 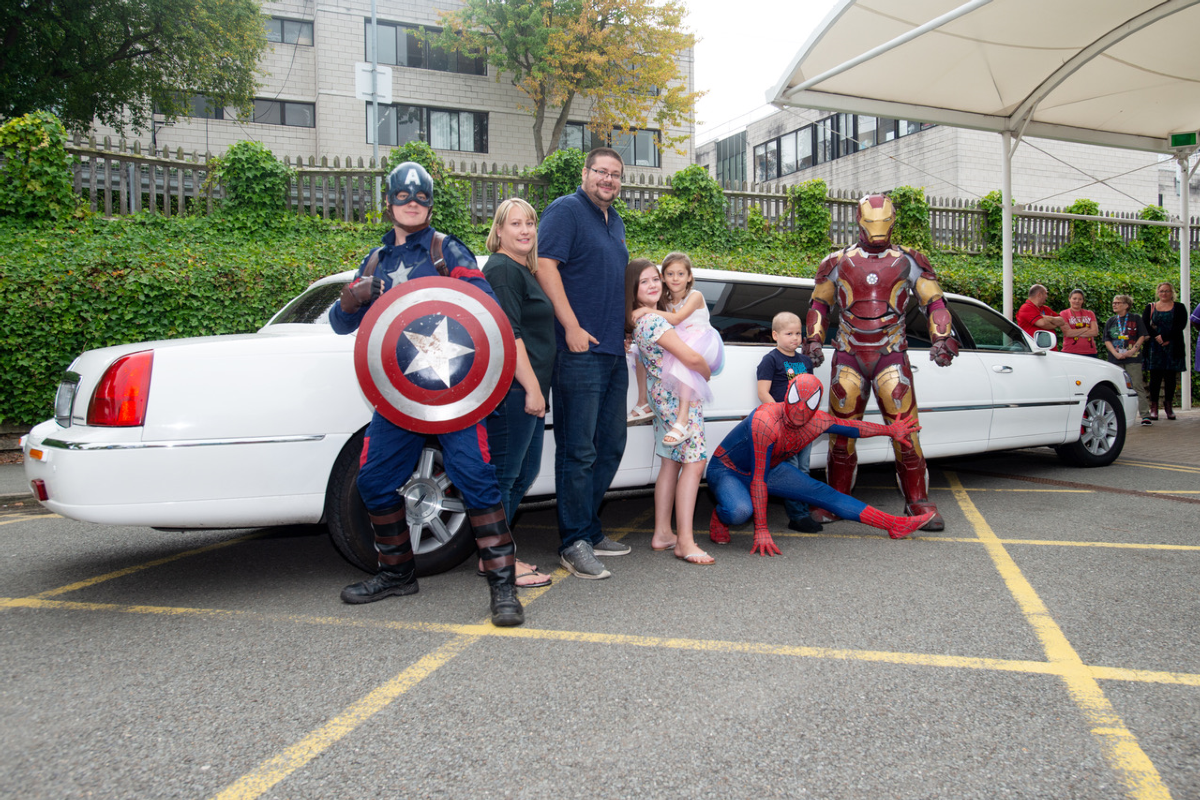