Temi Adeloye, a Specialist District Nurse practitioner for Lewisham and Greenwich NHS Trust was one of the first people to take part in ‘Galleri’ a new cancer test.

South east London has been selected as one of eight areas of the country to take part in the world’s largest trial of a revolutionary new blood test that can detect more than 50 types of cancer before symptoms appear.

The potentially lifesaving Galleri test checks for the earliest signs of cancer in the blood and the NHS-Galleri trial, the first of its kind, aims to recruit 140,000 volunteers nationally, including thousands in south east London, to see how well the test works in the NHS.

People in Sydenham will be among the first to have blood samples taken at mobile testing clinics in retail parks and other convenient community locations in the area.

The Galleri launch event on Monday featured on the national and local BBC and ITV news where Temi, and her husband, Rev. Dr Emmanuel Adeloye, were interviewed.

Temi said: "I lost my dearest loving mother to pancreatic cancer when she was only 67. She had worked hard all her life to bring up her six children and passed away only two brief years after her retirement and less than 90 days after cancer diagnosis. Pancreatic cancer mostly shows symptoms only when it has advanced and when basically nothing could be done in terms of treatment.

"I am a specialist district nurse practitioner and my husband, Rev. Dr Emmanuel Adeloye is a Clergyman and Vicar in the Church of England. In our jobs, we meet a lot of people living and dying with cancer. It's disheartening that many people die when they might have had much more of a chance of surviving or having a better quality of life had they been diagnosed earlier.

"So when I heard about this trial, it sounded really exciting - I strongly recommend to anyone aged 50-77 and living in South East London, to look out for your letter and please volunteer for this trial if they can."

Temi, pictured at the launch event: 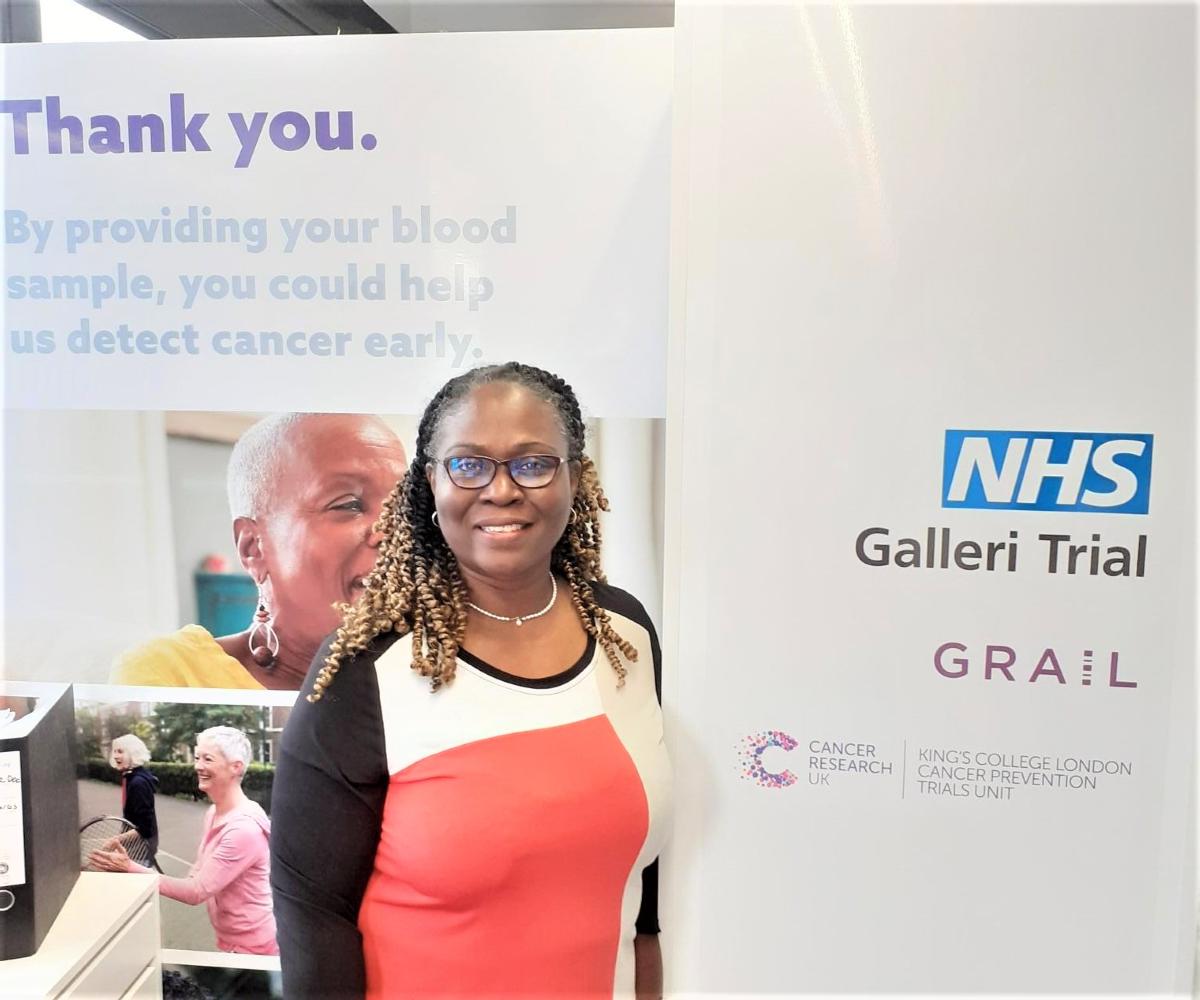