November's Employee of the Month | News

Congratulations to Zipora Govere, Community Matron, Children and Young People’s Public/School Health, who is November’s Employee of the Month.

Working in partnership with colleagues in public health and education, as well as colleagues from University Hospital Lewisham’s vaccination team, Zipora was described as someone who has “led by example”.

She was noted for “working tirelessly and without complaint” on delivery and data capture as required by NHSE, in addition to her usual operational responsibilities. Zipora also arranged webinars for 17 secondary schools in Lewisham, dispelling myths and providing parents and young people with the opportunities to ask questions and raise concerns.

NHSE described the partnership as an “exemplar” and Zipora has since been asked to write a case study so that the successful partnership approach in Lewisham can be shared with other providers of school health immunisation services.

A delighted Zipora said: “This is like an Oscar award! It definitely had its challenges, but I'm proud to be part of such an incredible project. It was a true collaboration between us, our vaccination team and public health colleagues. It’s a real honour to be acknowledged.”

Jan Ferrari, Chair of the Lewisham Patient Welfare Forum who led the Employee of the Month judging panel this month explained their choice: “It’s clear that Zipora has done a huge amount of work to bring people together to deliver the vaccination programme in Lewisham secondary schools, in addition to the ‘day job’ so she thoroughly deserves the Employee of the Month award!” 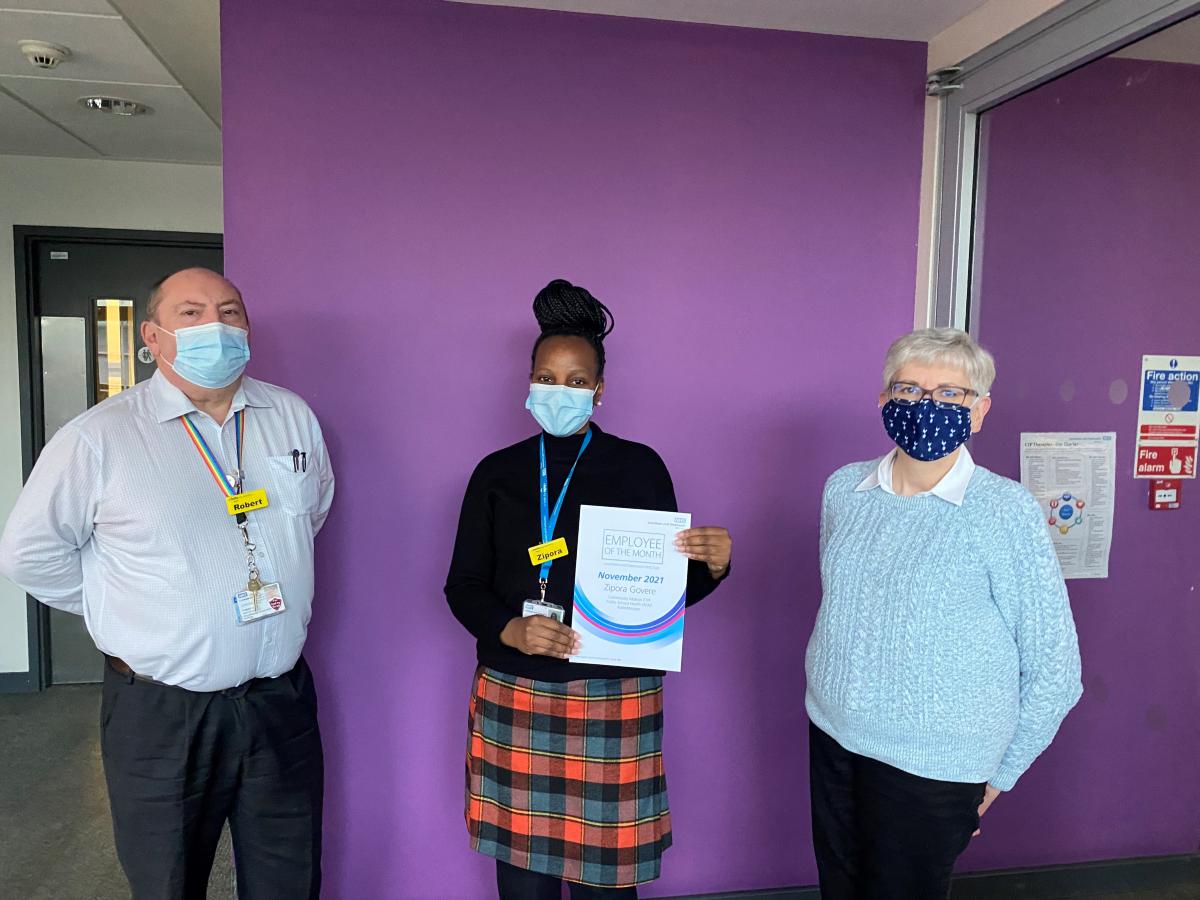