Back to the blog

In a powerful moment the final trophy was awarded to Waqas ‘Vic’ Khaliq, the Intensive Care Consultant who had provided life-saving treatment to Richard in summer 2018, when Richard fell ill with a double chest infection. Vic was unable to attend the awards ceremony because he was so busy at work - so Richard went straight to Queen Elizabeth Hospital (QEH) after the ceremony to hand him his Inspirational Leader of the Year award in person.

Richard said: “These awards were inspiring and I was so touched to thank all the healthcare heroes at Lewisham and Greenwich NHS Trust who go the extra mile for patients every day. Of course, I have a personal connection to the Trust, and it was wonderful to announce Vic as the winner of the Inspirational Leader Award, the big award at the end of the night.  He’s also the consultant who saved my life.

“He is such a modest man, and when I thanked him previously he just said “that’s what we do”. It was great to thank him in person for all his amazing work. People like Vic show why we should be proud of the NHS.”

As well as working as a busy medical consultant, Vic has been promoted to Head of Critical Care and was nominated for the Inspirational Leader Award by members of his team at University Hospital Lewisham and Queen Elizabeth Hospital in Woolwich – for his role in supporting colleagues to provide the best care for critically ill patients.

The awards saw nurses, doctors, porters, security officers and more crowned winners in 13 different categories. Other winners included Dementia Specialist Kate Hudson – who took home Employee of the Year thanks to her tireless efforts arranging tea parties, gift boxes and beauty products for patients in her care. The healthcare hero award, nominated by members of the public, was won by the Trust’s Fetal Medicine Team, who were nominated for their compassion and kindness.

The awards ceremony was generously funded by the Trust’s sponsors: Abbey Travel, Meridian Hospital Company, ISS, G4S, Capsticks, CIS Security, Omni, Tusker, Ravensbourne Health Services, ResourceBank and Vinci. The night concluded with a much-needed chance for colleagues to let their hair down over drinks and a disco. 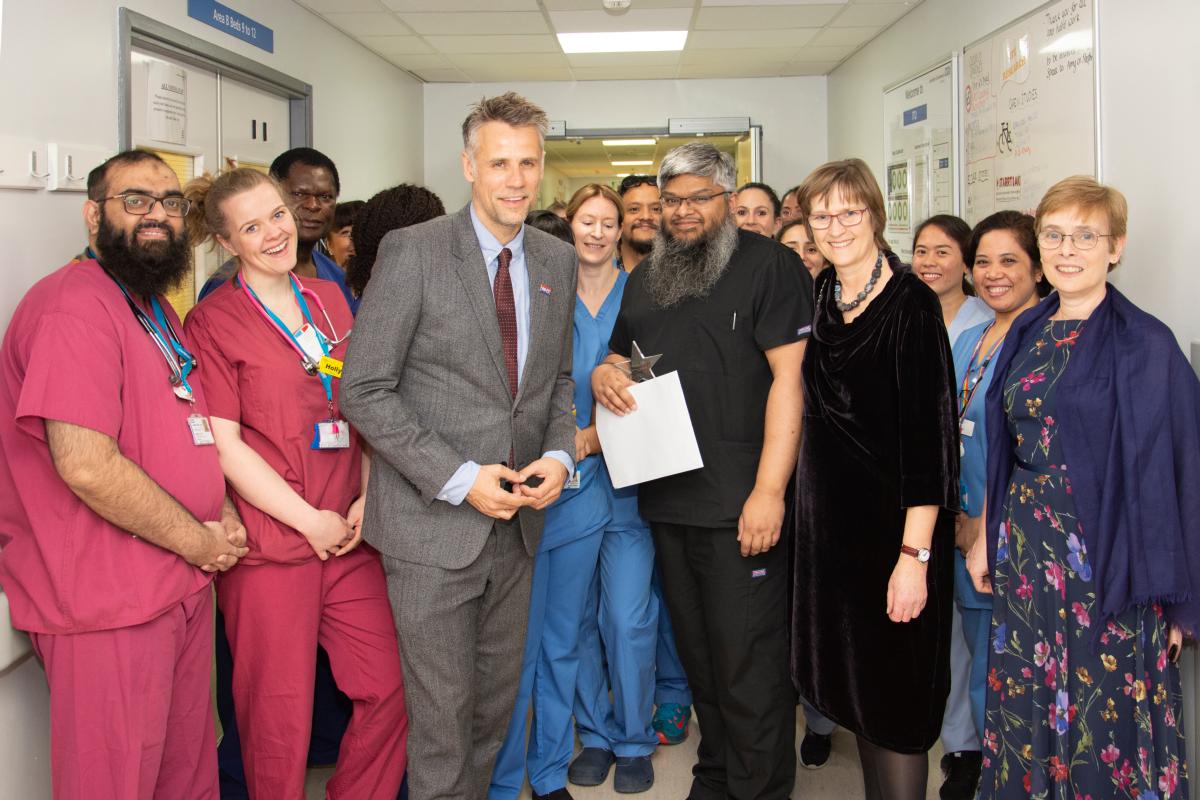