Katharine Cole had her baby at Queen Elizabeth Hospital the end of April, during the current coronavirus pandemic. While women are still able to have one birth partner with them for their baby's birth, this is currently not possible if you need a caesarean section. Your partner is allowed in for two hours following the birth. This measure, and no longer allowing visiting on our maternity wards, helps us to prevent the spread of infection. Women are also asked to attend antenatal appointments on their own.

When she found out that she would need a caesarean section, Katherine was understandably worried about being on her own for the procedure, for which she would be awake. Katharine explains what it was like for her and the great care she received from our maternity team:

"We had our son, Max, on Monday 27 April at Queen Elizabeth Hospital (QEH) in Woolwich. Four years ago, we had our daughter at University Hospital Lewisham where we received excellent service, which is also run by Lewisham and Greenwich NHS Trust so we had high hopes for a good experience at QEH.

"We weren’t disappointed. This second pregnancy had quite a few complications. However, the service and treatment I received throughout was great.

"At 36 weeks I was told that the baby was in the breech position and at 39 weeks I was diagnosed with pre-eclampsia (which can cause high dangerously high blood pressure) so had to be admitted to hospital. I felt nervous about going in to hospital on my own but the staff were so kind and made sure that I was looked after. Luckily, I only had to stay in for one night. However the pre-eclampsia meant the date of my caesarean section was brought forward.

"When my husband dropped me off for the C-section I was really nervous as I’d never had major surgery before and I wasn’t looking forward to being alone for the delivery of our baby. But I needn’t have worried.

"From the moment I arrived the staff made me feel welcome and supported. The midwives and medical team made sure that I knew exactly what would happen and when. During the surgery, a midwife and the anaesthetist kept up a constant stream of chatter to take my mind off things. They were very reassuring and made the time pass quickly. They took lots of photos with my phone so I could show my husband later. 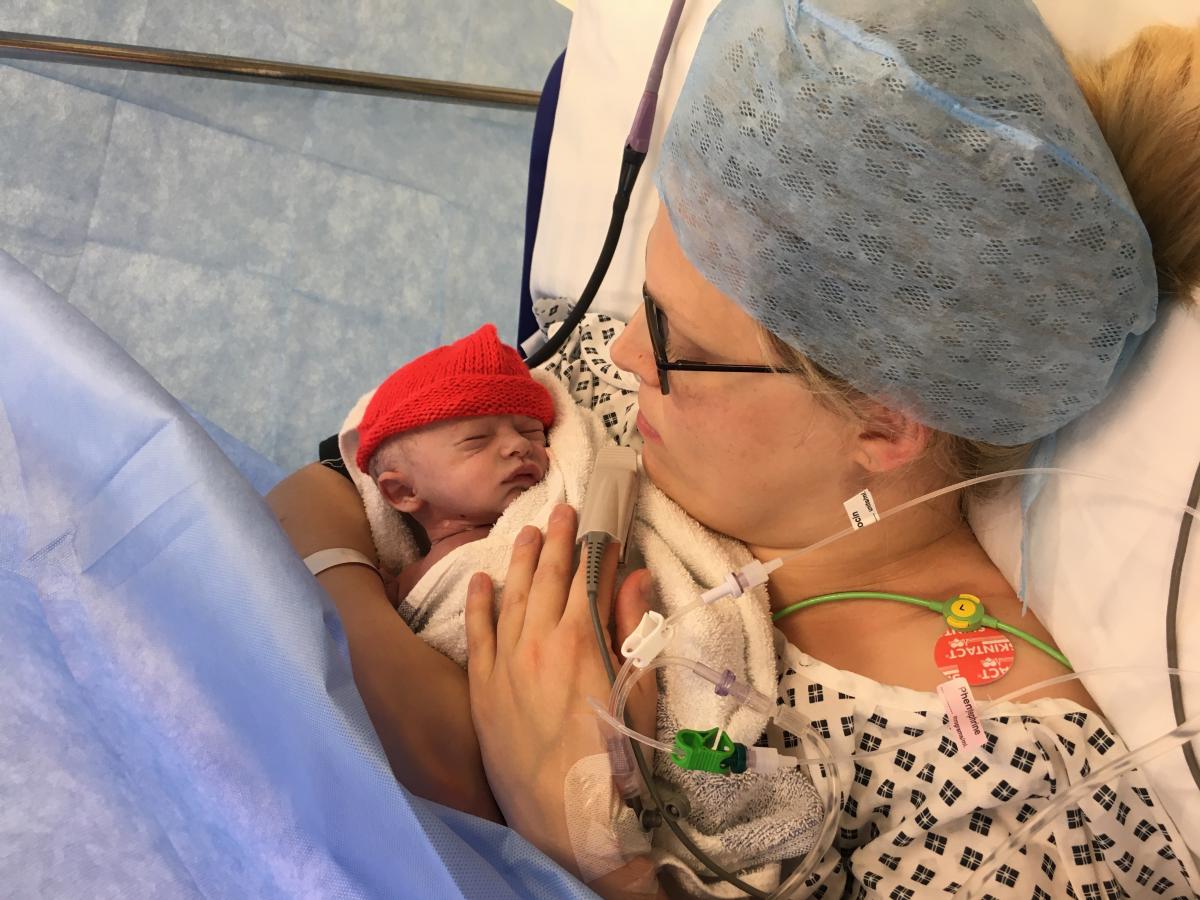 "After being wheeled into recovery, my husband was allowed to visit for two hours (not long enough) but I understand why. Then I was moved to the postnatal ward, where I felt nervous being on my own (I had just undergone major surgery and was in quite a lot of pain) but the midwives’ care was fantastic.

"Unfortunately, because of the pre-eclampsia I had to stay in hospital for a couple of days. This was the hardest part (and the most tedious) but it was fine. Many of the midwives I had met previously popped in to see how we were doing, even if they weren’t the ones officially caring for me. Nothing was too much trouble and they were always there when I needed them and was at my most vulnerable.

"Before being discharged, both baby Max and I were thoroughly checked over, so I left knowing that everything was fine.

"The midwives names I can remember were: Emily, Sam, Liz, Sophie, Leanna, Pauline, Heather and Lesley but these were just a few of the fantastic midwives.

"This current situation is not ideal for pregnant women and women giving birth, but the support that I received from all members of staff was fantastic. Thank you!"